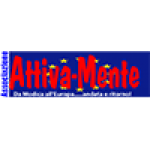 Our organization has experience on the frame of Youth Working and mobility project since 2013. All the project implemented by our organisation and even the projects in which we were partners, have as main topic all the anti-discrimination issues (on omophobia, disability, xenophobia, islamophobia) and youth participation. We also created a Web Radio implemented already a web – radio, organizing web-radio training for our community and participated broadcast programmes in which anybody can be protagonists (foreigners, young people, disabled people). Within our web-radio, we are also promoting Creative Commons Contents and Do it Yourself philosophy in order to give chance and opportunities for talented people, in spite odf race, religion and social background

Associazione Attiva-Mente is based in Modica (province of Ragusa), Sicily.
Its main objectives are:
- promote the idea to create an European Citizenship through the participation of youngsters;
- promote initiatives against racism or xenophobia;
- promote culture as mean for fighting any form of prejudice and social exclusion;
- promote volunteering as mean for change and get better society, providing active solidarity by the participation of youngsters, without any discrimination based on sex, race, religion and economical conditions;
- promote the ideas of environment's respect and suistainable development.
-promote the theme of legality and Anti-Mafia issues

Associazione Attiva-Mente provides these activities for implement its mission:

- A web radio channel when youngster can set up any cultural or social activities broadcasting on the net in the way they prefer called "Radio-Attiva" (Radio-Active in English);
- Several workshop and artistical and cultural event on interculturality, tolerance, anti-xenophobia and european active citizenship;
- Non formal group of discussion in foreigners language, for let improve linguistical skills to our young people;
- Ecological initiative and workshop on suistainable economy.
- Supporting Young people creativity, endorsing Music Metal festivals in Modica
- Participating to international and communitarian program

Associazione Attiva-Mente promotes non-formal approach as the preferencial mean for its own educational activity.

Associazione Attiva-Mente was coordinator organization of a Youth Exchange project “TV is ME?” in January 2014 in its hometown. We're going to run "Seven Notes One Europe" youth Exchange" project in august 2015 and USE – United Europe in august/september 2016, in the city of Modica.

We are accreditated in EVS as sending organisation since 2014. 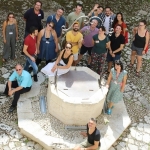 What does it look to be a member of EPTO? Our membership structure is mostly based on youth and youth-serving organisations and institutions. It aims at fostering ownership and responsibility on both sides and at reaching a critical mass of active players in the field of peer education. As a member of EPTO, you can expect to be provided with a space to share your practice and “expeertise”, to build new partnerships, to exchange resources and to be involved in decision-making processes. All in the spirit of peer education, experiential and non-formal learning.

On September 22-23, through the support of the Erasmus+ programme and ANEFORE (the national agency in Luxembourg), the members of EPTO had the chance to gather in beautiful Modica, Sicily, for the Annual Event for Members. Our Sicilian member organisation, Attiva-Mente, has been the perfect host for the team and the participants coming from Portugal, Romania, Belgium, Hungary and Macedonia. Through the programme, the participants had the opportunity to know about their respective work in the field of social inclusion, to collect tools aiming at fostering peer education at all levels of an organisation (in the governance, management and programmes), to develop strategies for giving more visibility to their actions at local level and to create the conditions for future joint projects.

Also, as members, they raised their voices during the extra-ordinary General Assembly mainly aiming at acknowledging the recent changes in the management and electing the new Board of EPTO (more info to come soon//to know more about it, please the related articles…).

We can’t wait for preparing 2019 all together and to provide youth in Europe with more opportunities to shine and take responsibilities towards the social issues affecting them directly.

Associazione Attiva-Mente ran a two days training with local people and refugees, called "DiscriminAction". The workshop lead to create common understanding on identity, culture and challenge on integration using non formal education and peer methods. The trainers were Vincenzo Giannone and Ivan Linguanti, who participated to an iimportant training course in Romania; following up the experience with that 2-days long training.